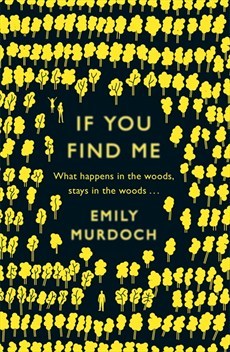 Carey is keeping a terrible secret. If she tells, it could destroy her future. If she doesn’t, will she ever be free?For almost as long as she can remember, Carey has lived in the heart of the woods with her drug-addicted mother and six-year-old sister, Jenessa.Their mother routinely disappears for weeks at a time, leaving the girls to cope alone. Survival is Carey’s only priority – until strangers arrive and everything changes…

The novel follows the story of Carey. A fifteen-year-old girl who lived in the woods with her mentally ill mother and her little sister Janessa. Carey and Janessa are both found by Carey’s father and she is catapulted in to a world that is a far cry from what she left when she was 5. I read this book last years and it still stays with me. I didn’t know what to expect, but I didn’t think that I would get such a compelling, harrowing and beautifully written tale. Our main character comes in the form of Carey. She was five years old when her mother stole her from her father to live in the woods. She is finding it difficult to adjust to a new life and feels that she doesn’t deserve it due to the secrets that she is hiding. She is a broken child and you can’t help but attempt to empathize her. Our other characters come in the form of Janessa, her mother, Charlie (Carey’s father) Melissa (Charlie’s wife) and Delany (Melissa’s daughter). Janessa is adorable. Everything in her new world is full of wonder. I loved being with her discovering new things. Charlie and Melissa are something too. They are both wonderful with Janessa and Carey. They are trying to understand how they could have lived for so long in the woods almost by themselves. Delany is a vile being. I suppose that her jealousy and actions are justified but it still doesn’t mean that I have to like her. The plot is so upsetting in the novel. Some points are hard to read but it is so beautifully written that you have to carry on. Her use of language amazed me. Small metaphors such as how Carey’s ‘mind returned to her mother’s letter like a tongue to a loose baby tooth’ are fabulous. I have no idea why that one sticks out. It is something that you can imagine, it helps you understand. It is painful but you can’t help doing it. I also adored the Pooh quotes. This is the darker side of YA but don’t late that faze you. Add this to the top of your wishlists otherwise you will be missing out!

3 thoughts on “Review: If You Find Me by Emily Murdoch”