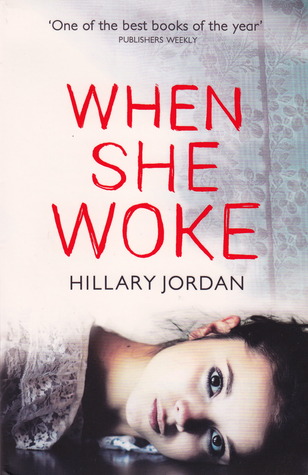 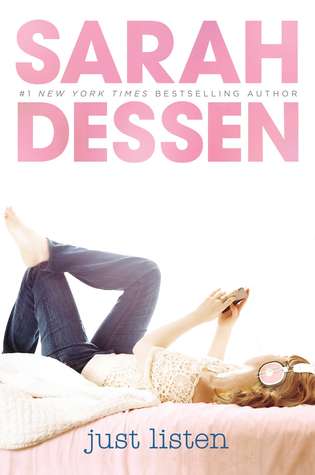 Last year, Annabel was “the girl who has everything”—at least that’s the part she played in the television commercial for Kopf’s Department Store.This year, she’s the girl who has nothing: no best friend because mean-but-exciting Sophie dropped her, no peace at home since her older sister became anorexic, and no one to sit with at lunch. Until she meets Owen Armstrong. Tall, dark, and music-obsessed, Owen is a reformed bad boy with a commitment to
truth-telling. With Owen’s help,maybe Annabel can face what happened
the night she and Sophie stopped being friends.

More often than not, I am in a reading slump. This has been on my shelf since November and I picked it up on a whim. This is not my first Sarah Dessen book, but it is definiely my favourite one to date!

The story followes Annabel, she is the girl who has it all. Or so it seems. It is apparent while we are reading that something had happened before summer that made her lose everything. When she goes back to school her best friends hate her and no one will even look at her.

I was a huge fan of out main character, not necesarily because of her actions towards others, but for her development as a characters. Annabel is notourrious for holding things in. With the issues Whitnety is having it the moment, her family does not need any more problems so she never wants to be the burden. As the novel goes on, she learns that she can’t keep all of her feelings bottled up and this comes with the help pf Owen.

Owen was another character I enjoyed reading about. After a bout of angermanagment, he has vowed never to lie again. Not only does this provide a brutally honest character, but it also provides th oppotunity to readers to see someone who says the world as he sees it. Which is pretty damn refereshing, I tell you.

Overall, this is definitely a new favourite of mine. I thoroughly enjoyed seeing all of the characters develop, all of the revelations come to life and seeing very complex and hard to talk about issues such as eating disorders dealt with in the most plausible way possible! I will definitely be revisiting this again and picking up more of Sarah Dessen’s work!

Our main chatacter’s Sister is named Whitney. Like her older and younger sister, she is a model and many times has descibed herself as half and half of each of her sisters making her just inbetween.

Whitney has Annorexia Nervosa. At no point in the novel is it ever linked to her modelling career, may I add. I studied this mental illness for my A-Levels which by no means  makes me an expert but  do know some facts & stats about it.

For me Dessen’s protrayal of Anorexia was exreme plausible and real. I think the way she seperated Whitney from her disoder is very well done. To the point where Annabel even says how you don’t know whether you are dealing with Whitney or her eating disorder and didn’t resent her when she came accross sometimes unkind and abrupt.  Another element I enjoyed was the parents reaction to what was happening. The initial denial, the realiztion, the attempt at understanig and then the constant control.

The way Whitney’s recovery was documented was incredibly well done aswell. There is are points in the book such as when she takes Kristen and Annabel to an open mic gig where you see the stages of her recovery and how they have all come together to where she was at the end of the novel. The timelines is incrdibly realistic. She has come incredibly far but she still has a way to go. One huge pet peeve of mine is when an illness whether mental or physical heals within an unrealistic amount of time. I think it does not do people who have suffered at the same hands any justice.

One night Kylie Galen finds herself at the wrong party, with the wrong people, and it changes her life forever. Her mother ships her off to Shadow Falls—a camp for troubled teens, and within hours of arriving, it becomes painfully clear that her fellow campers aren’t just “troubled.” Here at Shadow Falls, vampires, werewolves, shapeshifters, witches and fairies train side by side—learning to harness their powers, control their magic and live in the normal world.

Kylie’s never felt normal, but surely she doesn’t belong here with a bunch of paranormal freaks either. Or does she? They insist Kylie is one of them, and that she was brought here for a reason. As if life wasn’t complicated enough, enter Derek and Lucas. Derek’s a half-fae who’s determined to be her boyfriend, and Lucas is a smokin’ hot werewolf with whom Kylie shares a secret past. Both Derek and Lucas couldn’t be more different, but they both have a powerful hold on her heart.

Even though Kylie feels deeply uncertain about everything, one thing is becoming painfully clear—Shadow Falls is exactly where she belongs…

Review:
This is a very quick and easy read. I was hooked from the start which is usually pretty rare for me nowadays and I really like where the plot went. There are two main things going on. First, Kylie is trying to find out what she is and where she comes from and second, there are some happening at the camp that if they don’t find out who the perpetrator is, the camp will end up getting shut down. When I started the novel I followed the second plot more but in the end I found Kylie’s journey of self-discovery much more tantalizing.

One of my favourite elements of the novel was the array of supernatural beings that co-existed within the camp. You had vampires, werewolves, fae, shape-shifters, you name it, they had it! I have genuinely missed reading about these creatures and their history. I also like the politics between groups. Vamps not liking werewolves, etc.

Has this already been done before? Many times. The whole concept of now knowing what you are when you are surrounded by people who have already identified themselves is not something new. I do however, give credit to CC. Hunter for making me feel like I have this kind of plot a thousand times!

I thoroughly enjoyed this one from start to finish. Although I was not a huge fan of out main character, I still enjoyed her story, development and personality. This is a great read for those who love a good paranormal fantasy and I recommend it to lovers of that genre.